In April 2018, I went to Baltimore to visit a family friend for a week, and had a day trip to Washington DC and the National Museum of African American History. 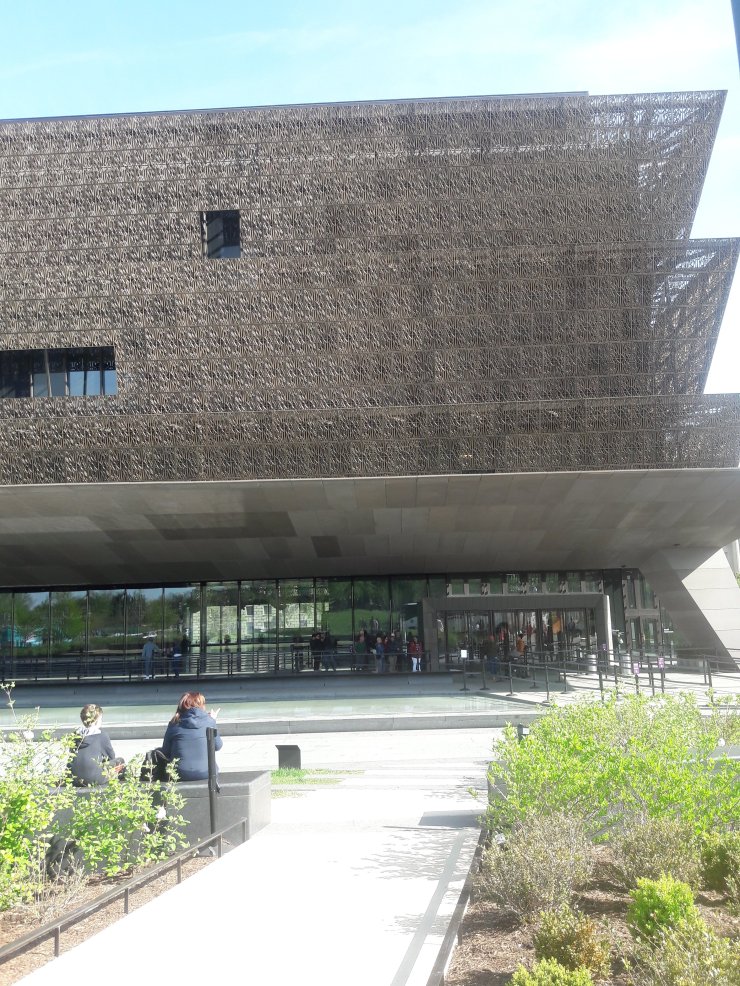 We arrived about an hour and a half before the museum opened. There was already a line of black families snaking around the entrance. My first reaction (besides being dumbfounded that there were so many damn museums in a few blocks radius) was how much joy the cacophony of Black Laughter brings me. My second reaction was that I should have gotten my box braids redone before the trip; they were from February and ready to be taken down. Everyone I peeked at looked so majestic and moisturized, and I looked decidedly basic.

I wandered around the front door, looking for an employee. I made eye contact with a man in a uniform and cap.

Excuse me, do you work here?

Yes sis, what can I help you with?

How much does it cost to get into the museum?

It’s free, but you’re supposed to get tickets beforehand.

My stomach dropped and my eyes started burning. I had come to this strange city in a pilgrimage of sorts to see what parts of my ancestors erased from history books had found a home within these walls. Who were we before chattel? What tribe could I have been born into instead of a legacy of Jim Crow and police shootings? What song would I have learned at home instead of the Black National Anthem, Lift Every Voice and Sing? I was convinced there were answers inside and I had plenty of questions. Not knowing what to say and not expecting that emotional of a response I just stammered:

Oh… ummm… so I guess there are no more tickets for today?

With a pause and shoulder pat, he pointed towards a smaller line at a side door: meet me there 5 minutes before we open. I’ll let you and your group in as my guests.

With about an hour left to wait, I sat down on a bench to people watch. Some sort of tourist bus stopped near me and, amongst others, a man in a 3 piece suit with a sharp crease down the legs stepped down and approached me.

Are you a teacher?

No sir, I wanted to be a teacher though.

I was an educator for 40 years and I can usually spot the teacher in the group. You look like a teacher. You have an educator vibe.

Being a middle school language arts teacher was always my passion, but I work in legal aid now.

Yes sir. Clients and coworkers. And I learn a lot from our clients- they’re pretty courageous and pretty vulnerable.

They go hand in hand. Have you heard of Brown versus the Board of Education?

You’re young, look up “the man, the mission, the story” on your phone. Did you get it?

Assuming we were no longer talking about education, I googled it and it brought me to his website johnastokes.com with this picture of him with President Obama. 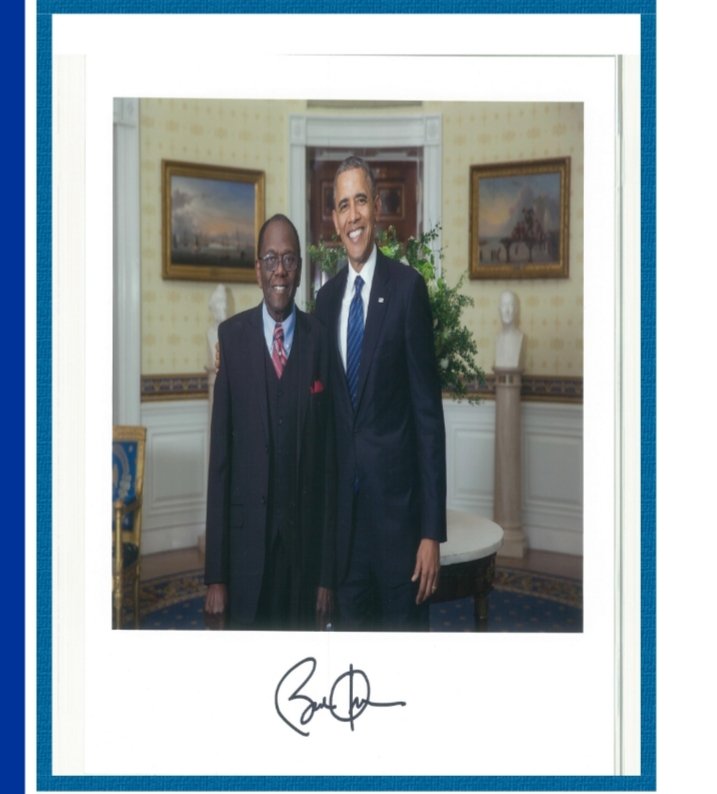 He explained that he led a student strike to protest the “separate but equal” laws and became one of the original plaintiffs to represent Virginia in Brown v. Board of Education.

I was dazed. Richmond, VA, the capitol of the Confederacy, and during Jim Crow no less. A piece of living history, a legend, someone who made it possible for me to mold space for myself at a predominantly White, private, liberal arts college was standing in front of me. Someone who gave generations a taste of a more just society, laying the groundwork for educational equity and the refusal to accept notions of not belonging in spaces that were labeled as accessible to only White folks, was smiling at me.

What do I say? How do I thank him? Can I ask him what it was like?

I… what you’ve done for us… Can I shake your hand Mr. Stokes?

He extended his hand as I stood up, shaking my hand with a firm grip and wrapping the other arm around my back in a polite embrace.

How did you know? That you were going to strike?

He chuckled softly, it was the right thing to do. We all knew we had to do it.

I smiled awkwardly at him. There were so many emotions and thoughts fighting to be in the forefront of my mind, and nothing was cohesive or clear.

How many times does a major piece of your history walk up to you to say hello? I wanted to converse, to learn, to not let this opportunity slip by, but I had no idea what to say, so I stood there and smiled while I waited for one of my many thoughts to bubble to the surface.

He shook my hand again and walked off. I stared at the space he had left, thinking about my plane ride here for a piece of my past to explain who I am now.

I was really trying to make sense of my reality at the time, questioning the legal aid community, the white savior mentality I called coworkers out on frequently, the comments about my hair being unprofessional, me not having access to decisions being made on projects I had started, wondering if I really was cut out for this mission of the legal system being more accessible and equitable for minority groups.

It was the right thing to do. His words on taking a moral stance and acting on it stayed with me as I snaked around the museum, drinking in each photo, as I looked at Emmit Till’s open casket and the photo of his bludgeoned face that others saw during the open casket funeral, as the exhibits explaining the origins of hip hop as a counterculture protest, a language of the oppressed and song for our future held my attention. 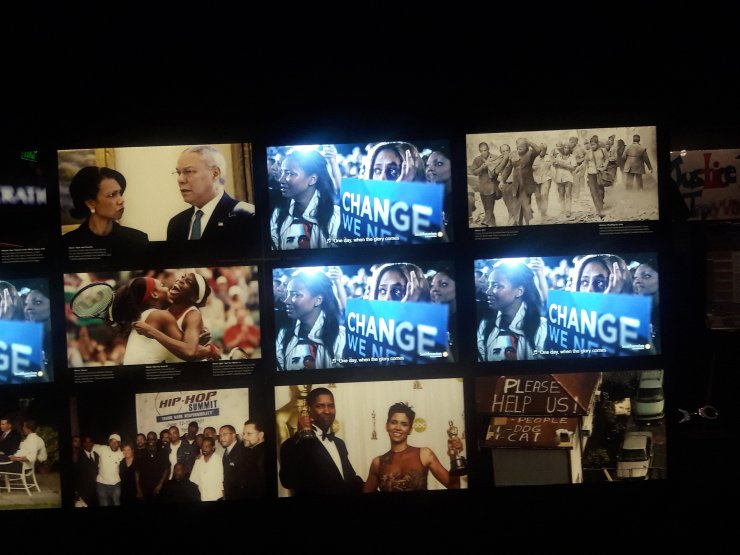 That face in the casket could have been my uncle, those pilots, those sharecroppers, that politician, could have been any one of my kin. The last place I went was the reflecting area and stared into the water, meditating about the relationship between wanting history to begin with African royalty and not chains, and the fight to exist peacefully without bigotry.

It was the right thing to do.

Gender dysphoria sometimes negatively impacts sexy times, but we find affirming and empowering ways to get through it, and focus on pleasure.
In the timeless words of Lizzo, I been waitin on this one. Turn it up 💜
I still want
I used to set #resolutions such as "I need to lose X number of pounds because I'm not skinny enough," and "I need to save 100/month, I'm not rich enough." It was always focused on restricting my body and mind, and believing that I had already failed. It also centered a vague future and took me out of the moment, leaving no room for pleasure or enjoying the life I was living.
Writing can be a somatic release of trauma and upheaval from the Body, to let the emotions travel through the pen and on to the page, to give trauma and its manifestations somewhere to live outside of the self. 🍃
Hey, home skillet biscuits.
Follow Femme Noir on WordPress.com